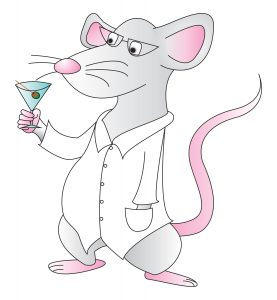 Our lab at UC Riverside began in 2005 and our research has evolved tremendously over the past 15 years. Initially, our work focused on understanding the mechanisms that guide development of the neocortex in mammals. Specifically, we examined how differential gene expression patterns, within the developing neocortex, influence the establishment of intra-neocortical connections, which provide the network underlying cortical function. We were also interested in how changes in sensory input during development, specifically a reduction of visual input due to early onset blindness, could alter the developmental trajectories of gene expression patterning and the intra-neocortical network.

Through our early work emerged what has become our primary research focus.  In 2010 we began working on a murine model of Fetal Alcohol Spectrum Disorders, or FASD. Since then we have published several papers that elucidate the changes in brain and behavior that occur in the offspring as a result of maternal consumption of ethanol, or alcohol, during pregnancy. We discovered that prenatal ethanol exposure, PrEE, leads to alteration in gene expression patterning in early developing neocortex as well as an alteration in the intraneocortical network of connections.  These biological phenotypes correlate with behavioral phenotypes in the affected PrEE mice. Our behavioral model data are consistent with what has been observed in children with FASD.  Recently, we found these effects are not only present in babies directly exposed to ethanol during gestation. There is transgenerational inheritance, via epigenetic mechanisms, of the PrEE biological and behavioral effects.

Currently, we are investigating the epigenetic mechanisms involved in the heritability of FASD in our mouse model, the preventative effects of choline, an essential nutrient, as well as the impact of paternal exposure to ethanol prior to conception, on offspring development.